19Oct 2018 by corinnecard No Comments

When you get to know your audience; who they are, how they think and what they really want, you can’t help but start to take their perspective. And perspective-taking can be powerful. Social psychologist Adam Galinsky says: “When I take your perspective, and I think about what YOU really want, you’re much me likely to give me what I really want.” When you know your audience inside-out, you can create content that will surprise and delight them. And when they react to that content, you can learn even more.

Use audience data to create a virtuous circle of content 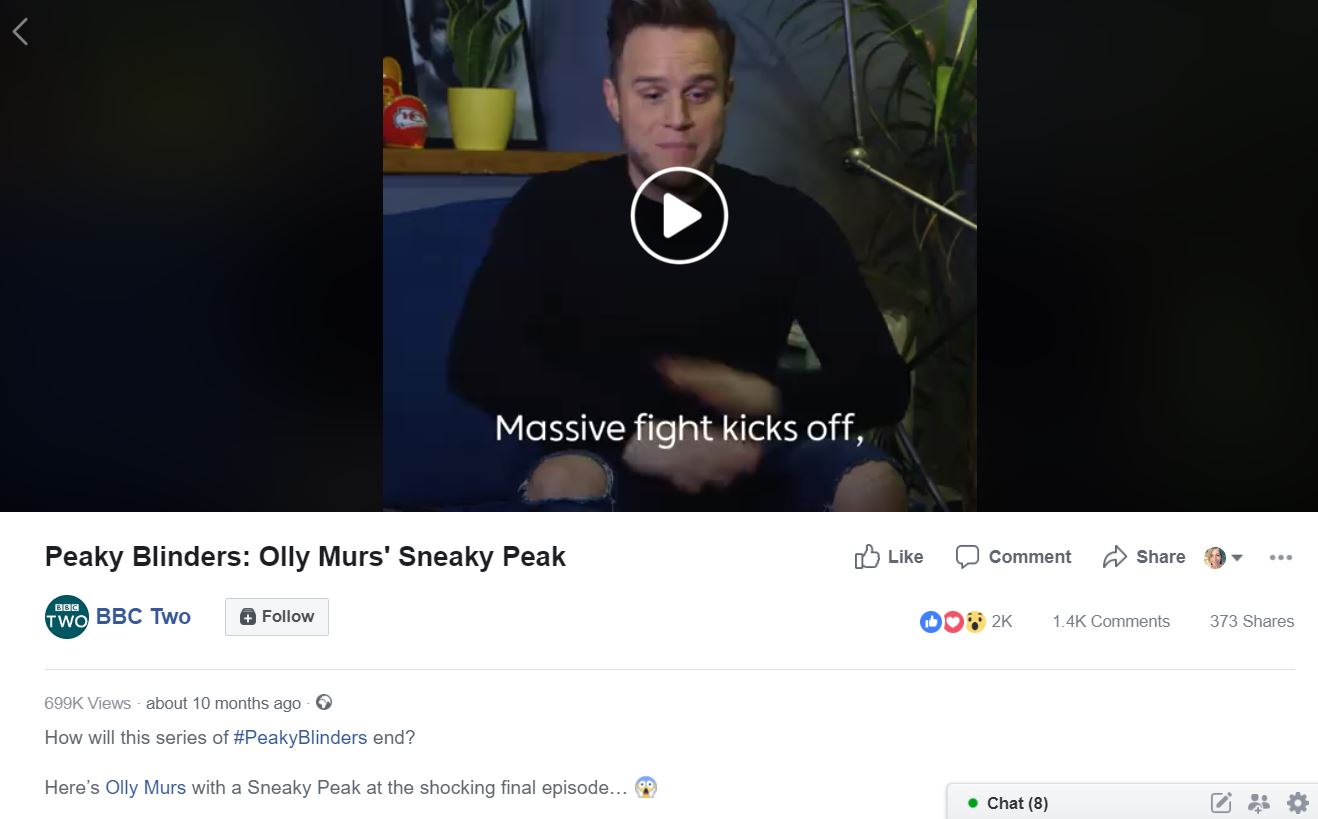 At last week’s Ada’s List conference, BBC content strategist and founder of The Storm Collective Rachelle Denton showed how you can use the data which results from content to move you to another, more empathic and insightful stage – and how you can do this continually, in an ever-evolving circle of content creation and improvement. It’s a strategy Rachelle’s used to market successful TV shows like Peaky Blinders and Killing Eve – to thrilling effect.

When Rachelle was looking for influencers to help market Peaky Blinders, she didn’t start with the budget and see what she could buy. Instead, she started with the audience and worked out how she could surprise and delight them.

Looking into Peaky Blinders’ audience data, she found singer-songwriter Olly Murs was a fan of the show. So much so, it turned out, that he would be delighted to have early access to Peaky Blinders clips and share his reactions with his millions of online fans, rather than a expensive commercial agreement.

To further illustrate the value of audience data, Rachelle  used the example of Spotify. The brand cleverly reflected their own customers’ data back to them with a string of amusing, shareable ads. Once posted onto social media, Rachelle noted, data-driven campaigns like these can then feed off the comments and reactions they gain to help brands create yet more powerful, audience driven content.

Nurture the influencers in your audience

Influencers are an interesting case – they’ll often help you to illustrate a point in a workshop, for example, as it helps to show someone people recognise. That’s why I showcased Martha Lane Fox in a press pic to help describe the ways you can illustrate an online business. It didn’t occur to me at the time that the lastminute.com founder herself might then become part of that workshop’s audience when she spotted the photo online.

It’s worth bearing in mind which influencers might take an interest in your work in advance of any business activity. With Twitter, influencer interaction with your content is reasonably likely. Think of ways your brand can increase the likelihood of surprising and delighting any relevant influencers.

Build a leadership team that publicly reflects your audience

Knowing your audience is an important part of getting press for your business. If you know you want to appeal to a diverse audience, it makes sense to have a diverse team you can showcase in the press.

Marissa Ellis at Diversily created a ‘Change Canvas’ for the Ada’s List conference, which highlighted the case for increasing diversity in the workforce, from the various perspectives of people at the event. Alongside the wonderful points, including the importance of supportive internal networks and creating an atmosphere of psychological safety, is a media-related one from me: diverse teams will help you get press.

Press photos which only show middle-aged men in suits within your leadership team are boring and won’t help your company appeal to a wide range of audiences. People tend to identify with others they perceive to be like them, so it makes sense to offer the diverse people in your audience a true mirror to help them identify with your brand and the people who run it. 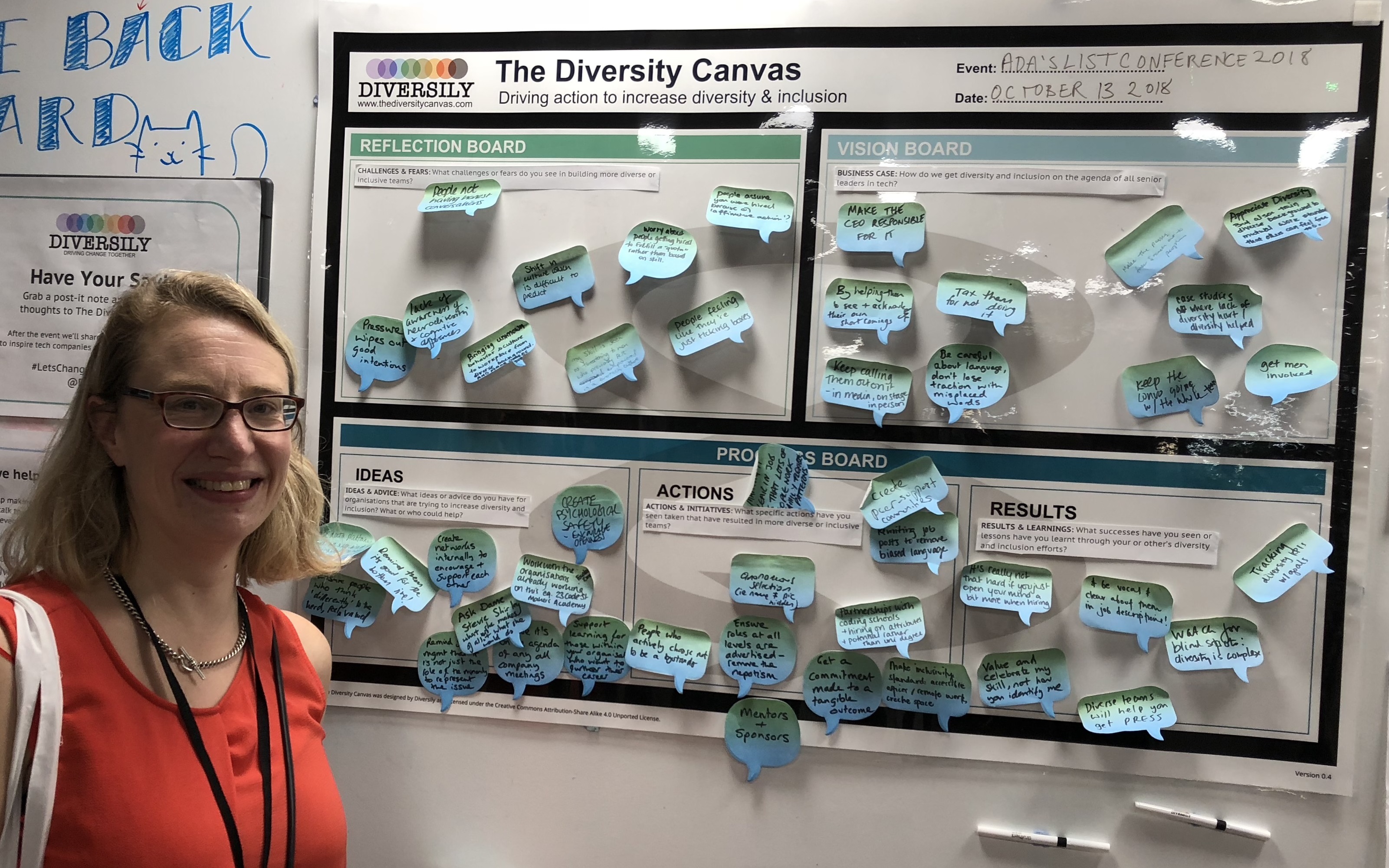